Chapter 4: The Naming of the Creek

According to various property records the name of our creek has changed over the years. It had originally been called “Roy’s Creek” as well as “Stahl’s Creek” after the family that lived along the stream on the west side of Highway 13. It was not until after the establishment of the Bayfield Brick Manufacturing Company in 1889 that the creek would become known as the Brickyard Creek.

For years the editor of the Bayfield Press had advocated for the establishment of a brick manufacturing industry, and as early as 1870, there were rumors that a brickyard was going to be established although nothing came of this proposed enterprise. In 1885 there was a renewal of speculation based on the discovery of a large bed of clay located north of town that had a “fine stream of water” running across one corner of the bed. This clay had been tested and found to be “superior in richness, color, weight, strength and freedom from lime” to other clay beds located around the lake. It wasn’t until 1889, however, that a brickyard was finally established by a man named Col. Charles P. Rudd. 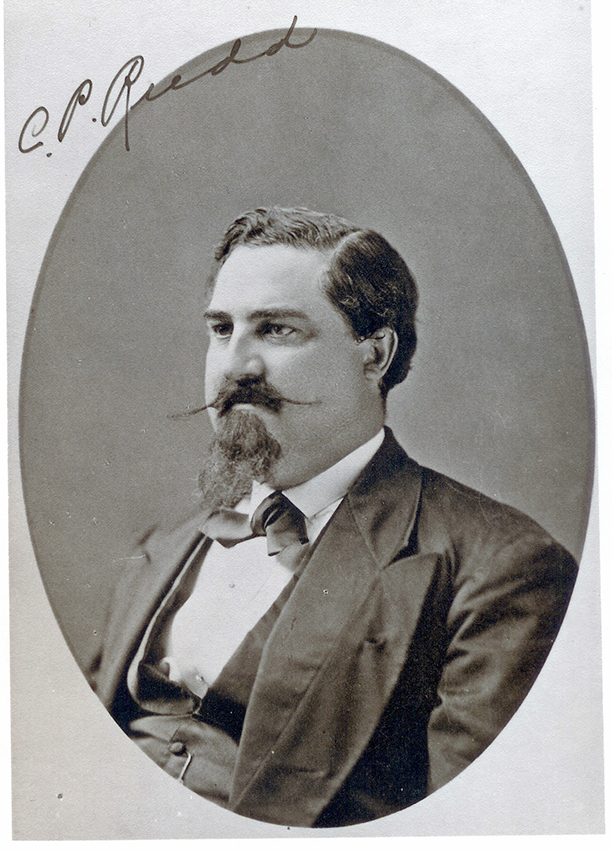 Col. Charles P. Rudd was born in Louisville, Kentucky in 1835. He was a lawyer, admitted to practice in both Kentucky and Wisconsin. He came to Bayfield in 1858 and invested in several town development projects with Henry Rice. He was a big man, weighing around 300 pounds, and was apparently quite a character.

In March 1888 the newspaper reported that Rudd had sold his Kentucky property for $40,000 and that he would be investing the money by making improvements to his property in Bayfield. Among the properties Rudd owned was several acres of land on Basswood Island where he created a prosperous farm, and a lumber business in Iron River. In April, 1889 Charles Rudd began to develop a brickyard in Roy’s Point.

The exact location of this business has not been identified but presumably it was located along the creek near the shoreline and accessible to the railroad tracks that were about to be built for the Bayfield Transfer. The land was cleared and by September 1889 the brick from the new Bayfield Brick Manufacturing Company’s plant was being used in town. 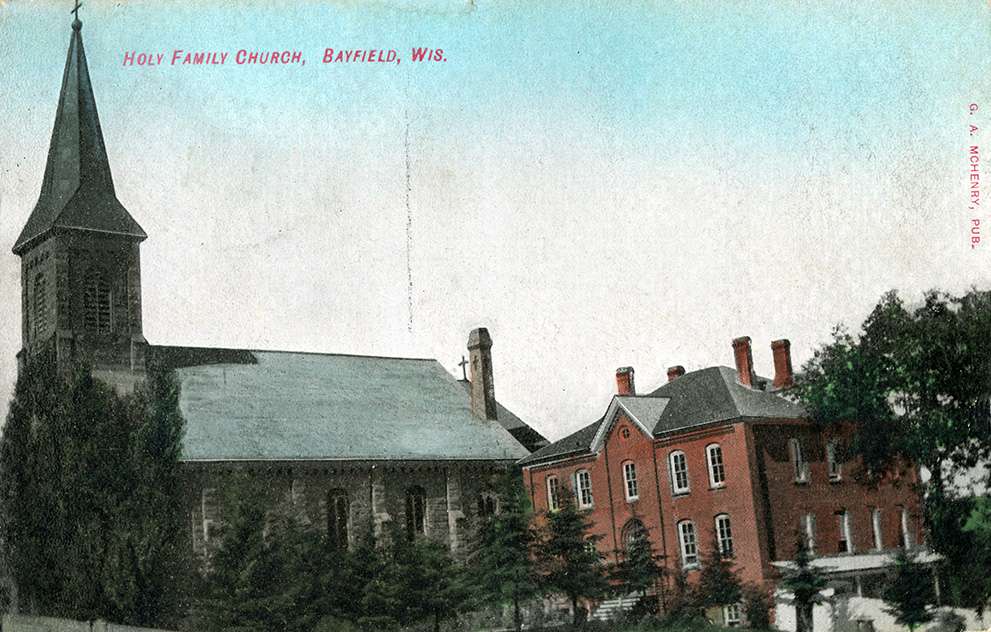 One of the first all-brick buildings to be built was the Holy Family Catholic Church Rectory in 1891. The Bayfield Heritage Center has identified two other historically significant buildings which were built with Col. Rudd’s brick that still exist:  the R.J. Nelson House located at 12 South Second Street and built in 1890; and the Currie Bell Block (a stone and brick commercial building) located at 2 North Second Street which was built in 1892. 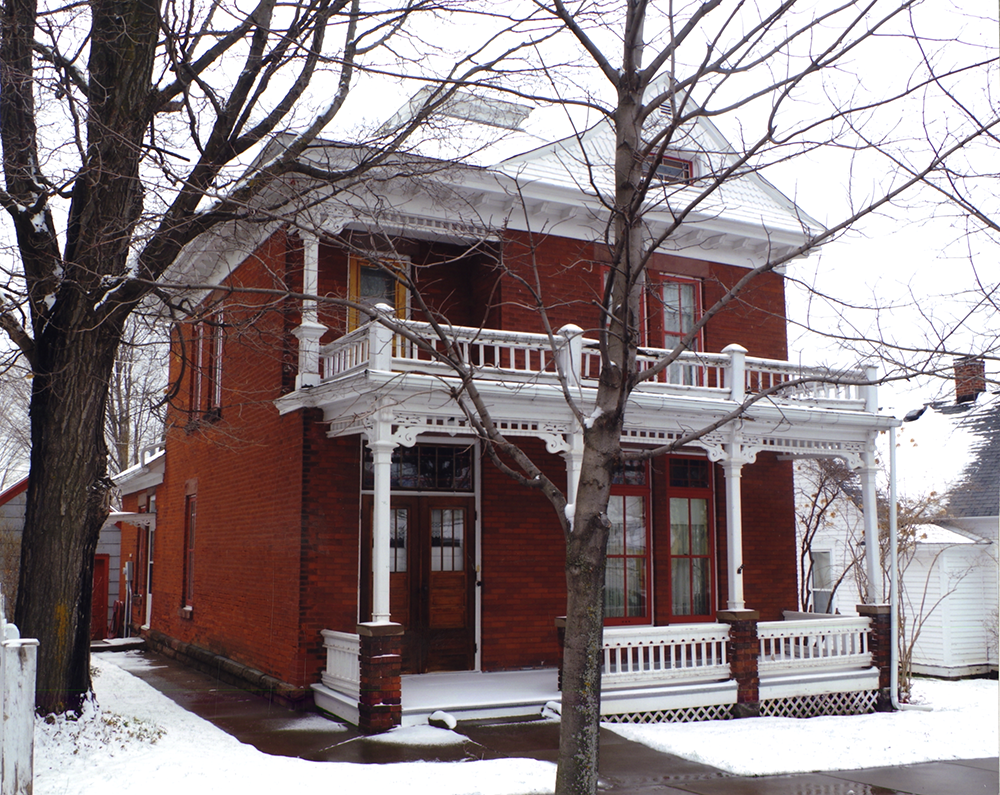 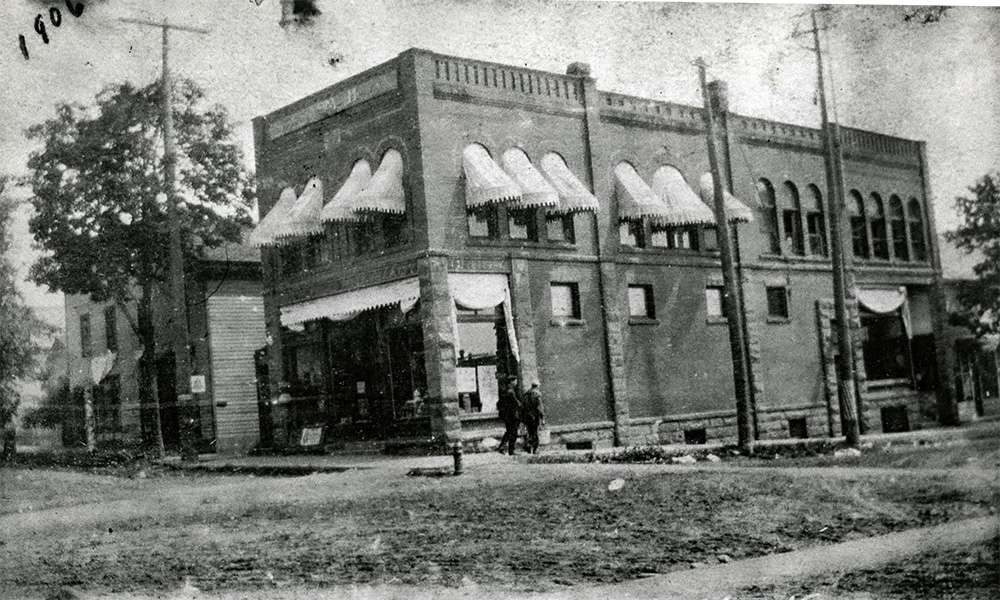 Despite its initial promotion by the newspaper, the brick-manufacturing enterprise was short lived. There may have been other buildings made using Rudd’s brick that have since disappeared, but the brickyard plant probably ceased operations around 1892 as there was no further mention of the company in any news articles or advertising after that year. Col. Rudd died in 1897.