William Knight was born in 1843 on a farm in Delaware. He didn’t arrive in Bayfield until 1869 after having a number of wild experiences in Wyoming. For the next 31 years he took any job he could get in the fishing, brownstone, and lumbering industries then operating in Bayfield. He even started the first bank in town. And then in 1900 Knight formed the Bayfield Mill Company and built his own sawmill at Roy’s Point near the baseball grounds north of town.

On August 8, 1900 an agreement was reached between the Bayfield Transfer company and William Knight, granting Knight the right to build a sawmill and other buildings on 6.7 acres of land located along the north side of the creek from the lake shore back to within 100 feet of the Transfer tracks. He was also granted the right to build lumber docks and a log boom in the lake in front of the mill. 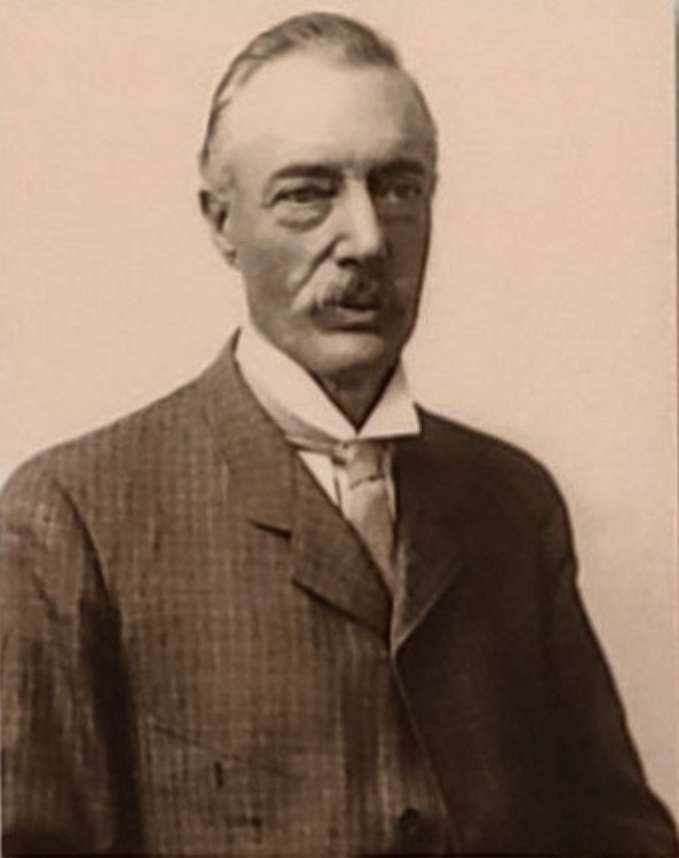 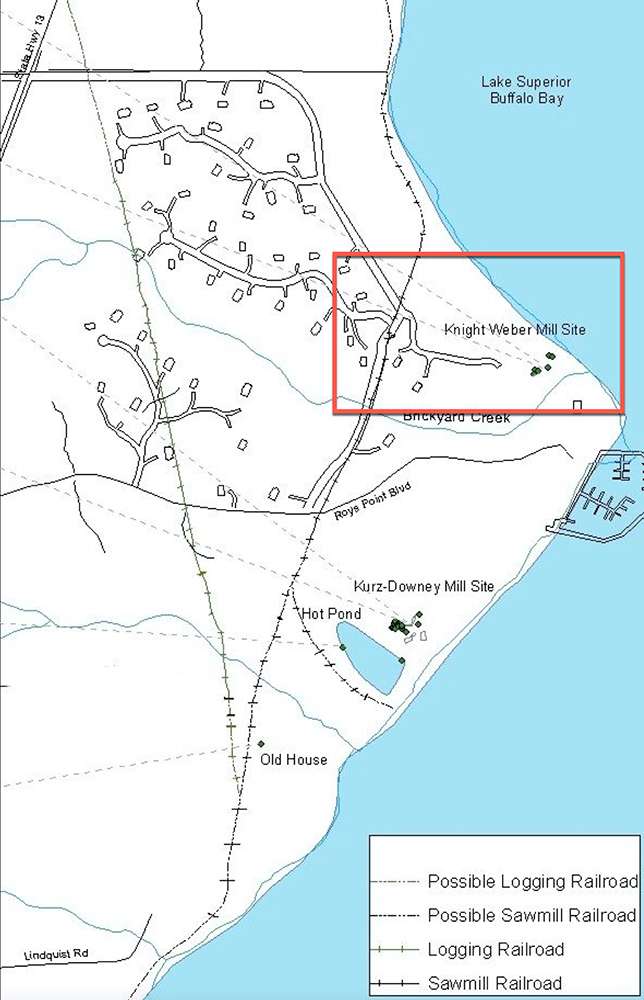 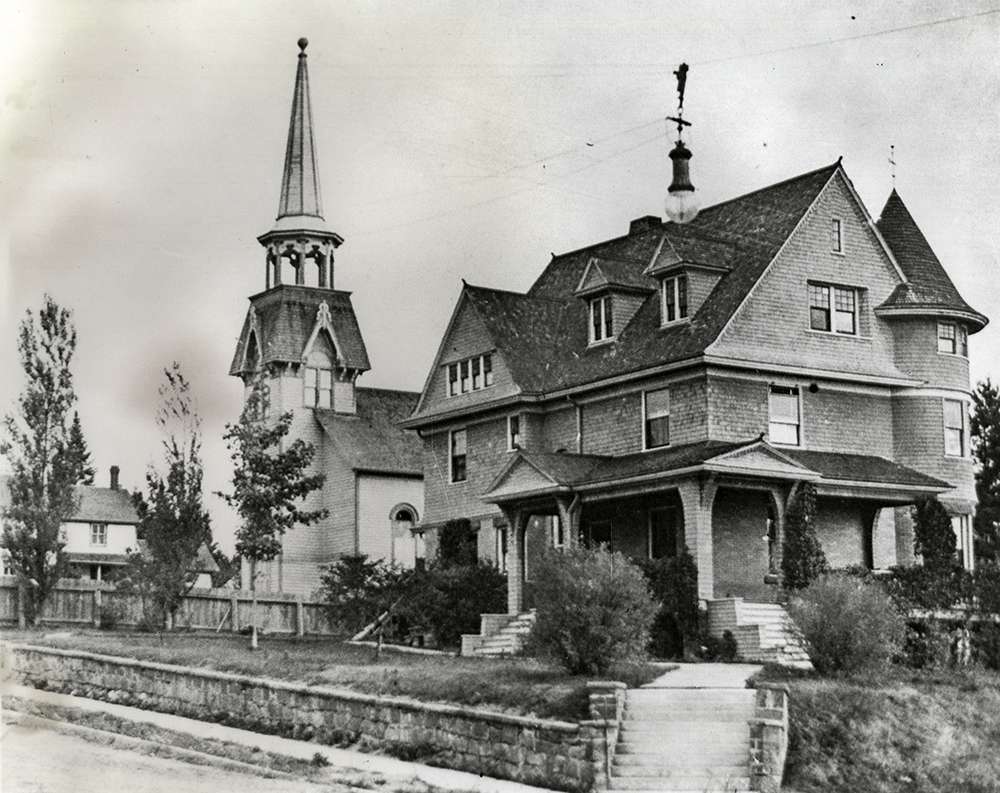 Knight’s right to maintain and operate the mill on this land was granted for a term of ten years although he had the option to terminate the agreement after five years. At the end of the ten year period Knight was required to remove all mill buildings, machinery, and any slab fill along the lake shore, but he was to leave the docks, booms and other improvements. The only financial requirement imposed on Knight for the use of the land was his obligation to pay all taxes and assessments levied during the ten-year period.

Knight’s two-story mill projected out into the lake on pilings. Logs were fed from the boom site onto a continuously moving chain with teeth welded to it, called a “bull chain”, which pulled them up an incline to the mill’s second floor where they were then transferred to a “carriage” which took them to the saws. The carriage rig at Knight’s mill (a “Howell Left Hander”) was fifty feet long and made of heavy cast iron and steel mounted on a wooden structure. It contained two large circular saws. 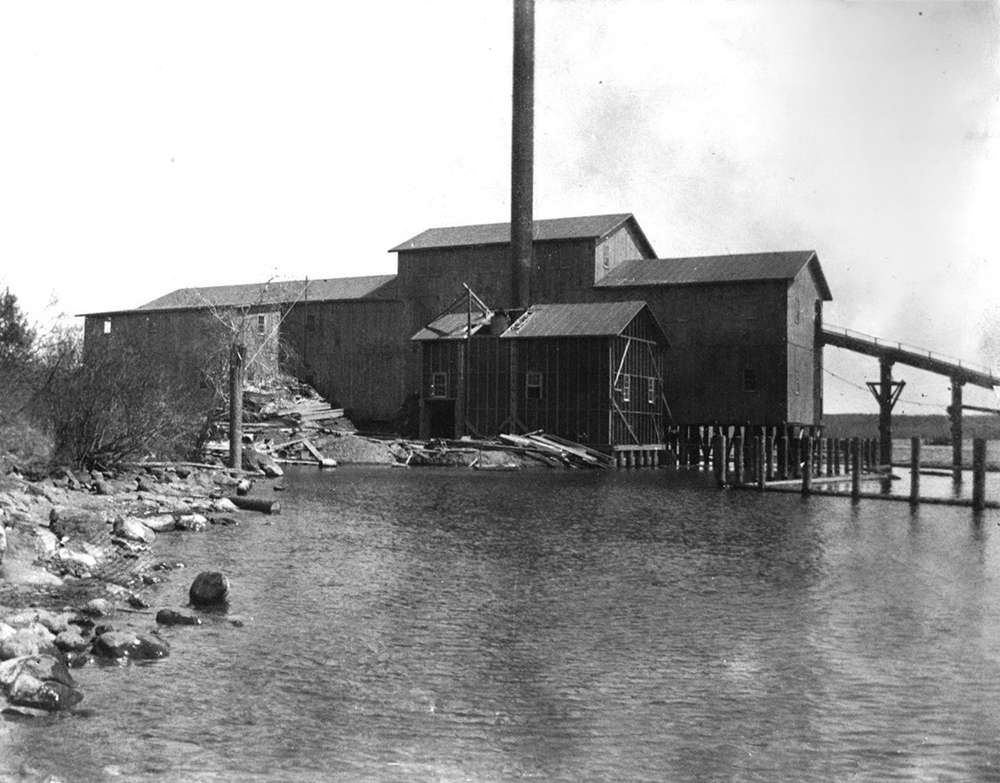 Men guided and pushed the logs through the first set of saws where they were cut on all four sides to square the log. The logs were then fed through a set of parallel saws which operated in unison to cut the squared-off log into one-inch planks before rolling out to the gang edgers and cut-off saws. The gang edger had many blades capable of edging several boards at one time, while the cutoff saw trimmed the ends of the boards or cut them to designated lengths. There would have been a constant flow of liquid (water or oil) over the different blades to facilitate cutting and to keep the blades cool and clean. The skin, bark, and sapwood fell onto more rollers, which passed them on to the furnaces. The sawn wood was sent along a separate series of rollers that looked like a long table.

The mills that were operating in the 1900’s used a drying kiln, which could dry the lumber in days. Once the wood was dried the lumber was sorted and stacked. Boilers were used for the steam-powered circular saws, band saws, and planing saws, and for the drying kilns. These boilers were enclosed in a brick building. Scrap lumber from the mill provided a steady fuel source for firing the boiler or it was hauled away for kitchen stove wood. Other waste was manufactured into laths. Sawdust was used as insulation for the houses and to store ice during the summer.

By 1903 it was reported that Knight owned “a first class mill” that employed fifty men and was cutting about 15 million board feet of lumber plus lath each season. The mill ran only during the summer months and then the employees were shifted out to the lumber camps during the winter.

In 1905 Knight sold the Bayfield Mill Company to Wilson & Weber of Menonomonie, Wisconsin for approximately $50,000.00, and started planting apple and cherry trees in the cutover on the hill above Bayfield. 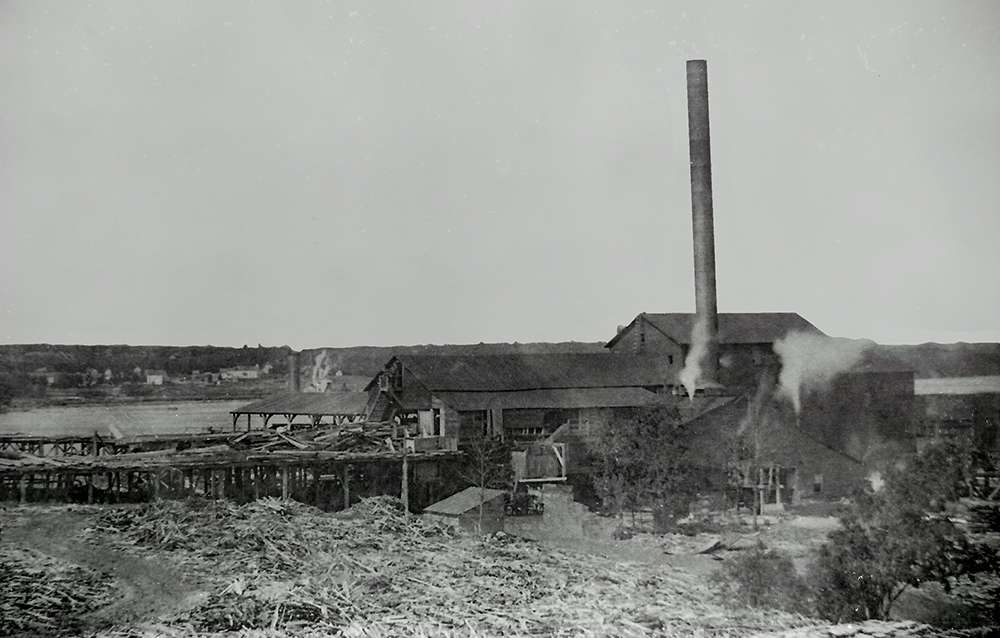 William H. Weber was born in 1878 and was 28 years old when he arrived in Bayfield in November 1905. He ran the Bayfield Mill Company from 1905 to 1913. In 1906 Weber made improvements to the mill, added more space to the lumber yards, and built extensive new docks. By 1911 there were at least six tramways extending throughout the lumber yards that were located on the north side of the creek back to the Transfer Railroad tracks. Another tramway led onto a set of lumber docks that extended out into Lake Superior, one measuring 310 feet and the other measuring 500 feet. Horses were used to pull the loaded cars along a set of rails on these tramways.

The mill was powered by a series of steam boilers with water drawn from the lake and from a gravity filled well. Behind the building there was a round 90-foot high refuse burner and a small lath mill. The bay from Brickyard Creek to Red Cliff “was always full of logs.”

In 1911 Weber sold the entire timber holdings of the Bayfield Mill Company to Henry Wachsmuth, but it wasn’t until August, 1913 that Weber shut down the mill and moved to Coeur d’Alene, Idaho. 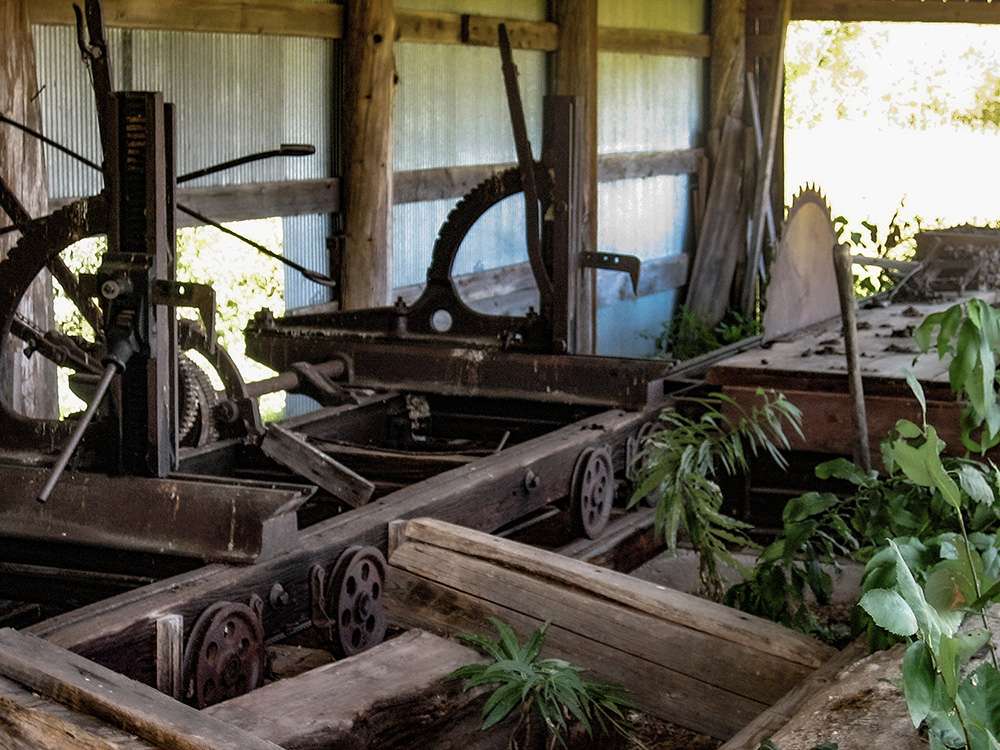 The big Howell carriage rig was acquired by the Feldmeyer brothers. They sold the rig to the Hokanson brothers in 1923 who moved it to their property in Little Sand Bay. Miscellaneous saw blades and other equipment were thrown into the lake. All that remains of the mill today are the foundations for the mill engine and the refuse burner. Piles of bricks can also be seen at the site, and several of the old dock cribs and pilings as well as the pipe that drew the water from the lake to the boilers are still visible.