Sense of Place – The Sounds of Silence 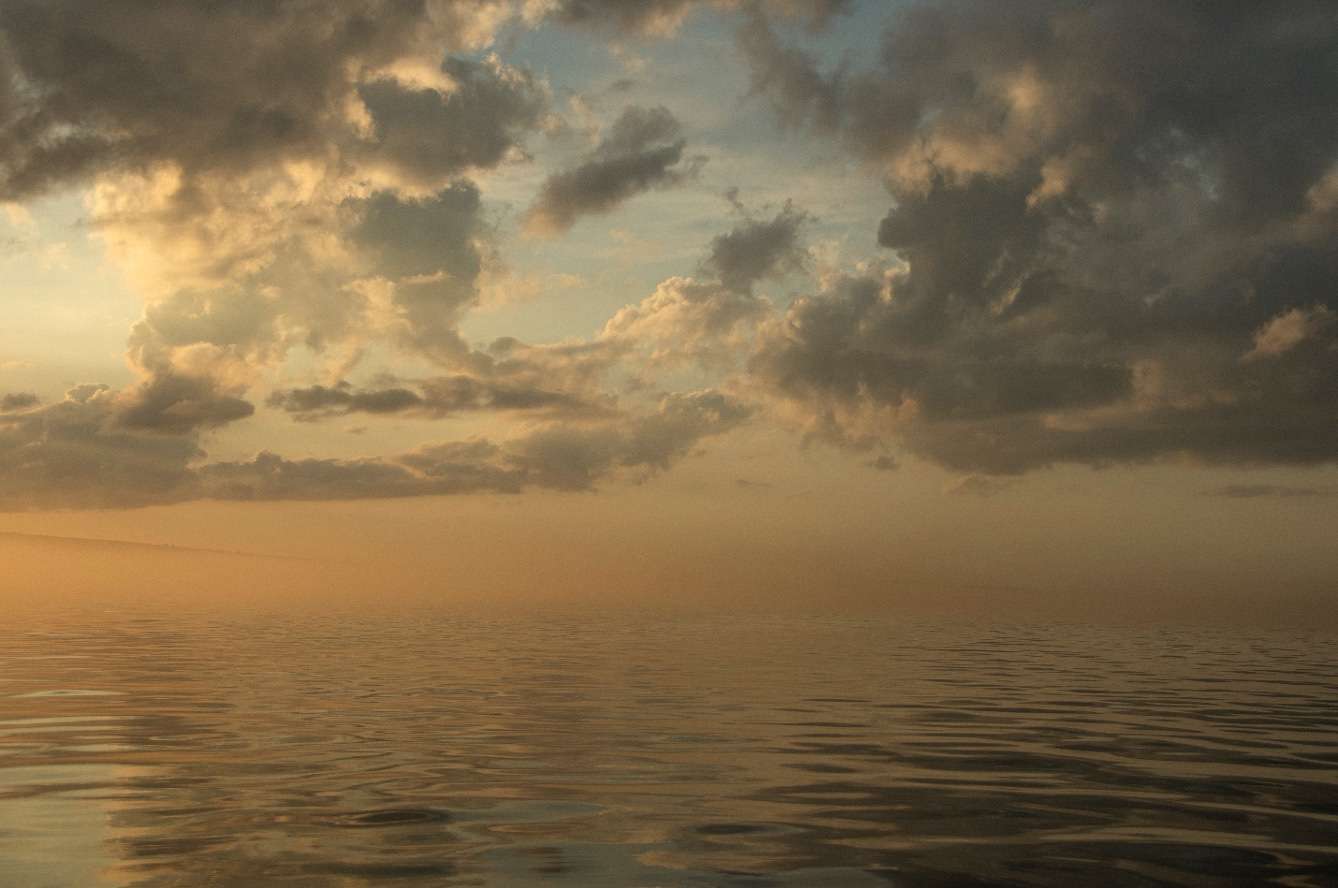 Did you know? I SAID “DID YOU KNOW!” Urban noise levels have been doubling every decade. Road and air traffic tripled in the last decade and is still rising which means MORE noise on the roads and in the sky. Birds have been documented in some areas singing in the dark when it is quieter and sing LOUDER to get attention. Heart rates in hibernating bears have gone up with seismic testing even a half mile away.

On the other hand, 72% of Americans say experiencing the natural silence of nature is valuable and important to their lives. Listening to quiet birdsong can add to a sense of happiness and connection leading to positive emotions of belonging and community. In one study 95% of those interviewed said their mood improved after spending time outside in silence, changing from depressed, stressed, and anxious to more calm and balanced.

Yet natural silence is becoming an endangered resource.

In this sense of place exercise, find a quiet place outside and read the following essay about the power of natural silence. And then, answer the questions linked below. Shhhh ….

Questions for this Reading

It’s not easy to find silence in the modern world. If a quiet place is one where you can listen for fifteen minutes in daylight hours without hearing a human-created sound, there are no quiet places left in Europe. There are very few east of the Mississippi River. And in the American West? Maybe twelve. One of these is in the temperate rainforest along the Hoh River in Washington’s Olympic National Park.

At the Hoh River trailhead, where a path disappears into the gloom under giant, lichen-draped Douglas fir and western red cedar, I meet up with Gordon Hempton. Gordon is a man on a mission to record the natural sounds of the world before they are drowned out by human noise. For years, he has searched for the quiet places where falling water and wren song can still be clearly heard. This weekend, he is taking me to one of the few remaining quiet spots in the U.S.

Gordon leads me into the forest muffled by moss. “In a forest like this,” he says, leaning close to my ear, “a drop of rain may hit twenty times before it reaches the ground, and each impact—against a cedar bough, a vine-maple leaf, a snag—makes its own sound.”

For love of sounds like these, Gordon has begun a campaign to protect the silence of national parks. Even though silence and the natural soundscape are listed as natural resources in National Park Service documents, no park has a plan to protect its stillness. So Gordon took the responsibility on himself.

He calls his project “One Square Inch of Silence.” Crisscrossing the country, he searched for one square inch where he could listen for fifteen minutes and not hear a human sound. In Olympic National Park, where 95 percent of the land is protected as wilderness, he found the “widest diversity of soundscapes and the longest periods of natural quiet of any unit within the national park system.”

Gordon marked the site with a small red stone, and this tiny space of silence he vowed to defend. He has asked Congress to designate a square inch of silence in ten other national parks as well. “Think about finding one place in a park that you can visit, where there will be no trucks heard, no planes flying over, no man-made machinery, no human noise,” he says. “Wouldn’t that be a beautiful thing?”

It’s a powerful idea. As Gordon knows, sound travels. If he can protect the silence of even an inch, in effect, he will be protecting the natural soundscape of many square miles of surrounding land. It’s a first step toward his goal of preventing the extinction of silence.

Cities drown us in sound. Buses grinding gears and motorcycles grumbling, woofers thudding, endless engines combusting, trucks beeping, and street-corner preachers calling down damnation on it all—what does it do to the human being, whose ears evolved as a warning system? In daylight, our eyes can warn us of danger in front of us. But our ears alert us to opportunity and danger twenty-four hours a day, from every direction, even through dense vegetation and total darkness. Some linguists believe that the oldest word is hist—listen!

When predators are on the prowl, birds and frogs, even insects, fall silent. No wonder humans are drawn to places where the birds feel safe enough to sing. No wonder we smile to hear a frog chorus in the dark. But in the cacophonous city, Gordon believes, we are always on edge, always flinching, the way a deer trembles when it drinks from a noisy river. People continuously assaulted by high levels of traffic noise have suppressed immune systems and significantly increased risk of high blood pressure and heart attacks. However, it’s not noise in the cities that most concerns Gordon, but the extinction of silence in wild places. It’s the way that human sounds drown out the music of the natural world that breaks his heart. Even national parks are not always able to protect the music of a morning wind in pines, the echo of a woodpecker tapping a hollow trunk, the thrum of distant surf. Dawn in a national park often begins with the brown noise of automobile traffic and swells with the awakening sounds of RV generators, jet overflights, sightseeing helicopters, and “It’s a Small World After All” playing in the next camp over.

Human noise also damages animals, whose behaviors are exquisitely tuned to songs and other auditory signals they use to hunt and to escape, to establish territories and find mates. Scientists have documented the harmful effects of mining blasts on elk, passenger jets on bald eagles, the Navy’s submarine-hunting sonar on dolphins and whales and roaring dune buggies on kangaroo rats trying to avoid sidewinder snakes. Just as animals have ecological niches, they have aural niches, defined by the soundscapes they live in. The onslaught of noise destroys that aural habitat. Birdsongs, especially the low-pitched sounds, are lost along highways, which are, in effect, wide swaths of loud, low-pitched noise reaching deep into the forests and meadows, reducing bird habitat—and sometimes eliminating it entirely.

It’s a loss to humans too. Just as artificial lights drown out the stars, our engines drown out the birdsongs, and our experience of the world’s beauty is that much more impoverished. “Silence is like scouring sand,” he says. “When you are quiet, the silence blows against your mind and etches away everything that is soft and unimportant.” What is left is what is real—pure awareness, and the very hardest questions. Silence creates an opening, an absence of self, which allows the larger world to enter into our awareness. It brings us into contact with what is beyond us, its beauty and mystery. Silence is not the absence of sounds, but a way of living in the world—an intentional awareness, an expression of gratitude, to make of one’s own ears, one’s own body, a sounding board that resonates in its hollow places with the vibrations of the world.

When wind plays across the maple leaves and sets them in motion, it’s we who are most deeply moved. No one knows why natural sounds speak so directly to the human spirit, but it’s possible to imagine what they say—that we are not separate from the world, not dominant or different. Like stone, like water, like wrens, we carry the shape of the world in our rustling. We are all music, we are all matter in motion, all of us, together sending our harmonies into a black and trembling sky.

Gordon steps through an arch formed by the straddling legs of a great cedar. From here, we follow an elk trail into the woods. We’re approaching the One Square Inch of silence now, and Gordon asks only one thing of me. Silence. We walk in—not far, maybe seventy-five yards—through a shallow swale, over shaggy hummocks, to a shoulder-high log fallen so long ago that its bark is coated with moss and hemlock seedlings root in the duff on its back. Here, at 47° 51.959´ N, 123° 52.221´ W, is a square red stone that marks the inch of silence.

How shall I describe the beauty of this place? It’s an open glade, like the nave of a cathedral, carpeted in deep green moss and deer ferns. There are huckleberry bushes, their bare green branches standing in the rosy litter of their own fallen leaves. The bunchberry leaves have turned red, but the wood sorrel is intensely green. From the forest floor, the columns of the trees rise impossibly high, closing at last in a vaulted green ceiling. Everything glitters with scattering rain. Even the air twinkles, as if it were champagne.

And what do I hear? A tiny lisp—a bushtit maybe. Tick, tap, pock of waterdrops, different sounds for every surface they strike. I hear a drop of water pop when it hits a maple leaf forty feet way. There is the faraway rustle of the river. Time passes, unmeasured. Then the quiet is filled with the clatter of a bald eagle, a sound like stones shaken in a tin pot. Sitting on his heels in the damp moss, Gordon grins, but doesn’t speak.

Next to him, almost hidden under the log, is a small metal canister. This is the Jar of Quiet Thoughts. Gordon put it here, an invitation to people who visit One Square Inch to record their responses to the silence. I open the jar and pull out crumpled scraps of paper. Many wrote of love. One couple came here to be married, a person came to pray, another found deep connection here, in the call of a thrush. Others wrote of wonder, to hear the voices of the deep quiet. I realize that One Square Inch has become a sacred place—silence has made it so. Quiet is a kind of reverence.

A small wind shakes a huckleberry bush. A crow calls from the crown of an alder. A hemlock needle falls on my shoulder, and I turn, astonished to have heard it land.