Sense of Place – The Living Earth 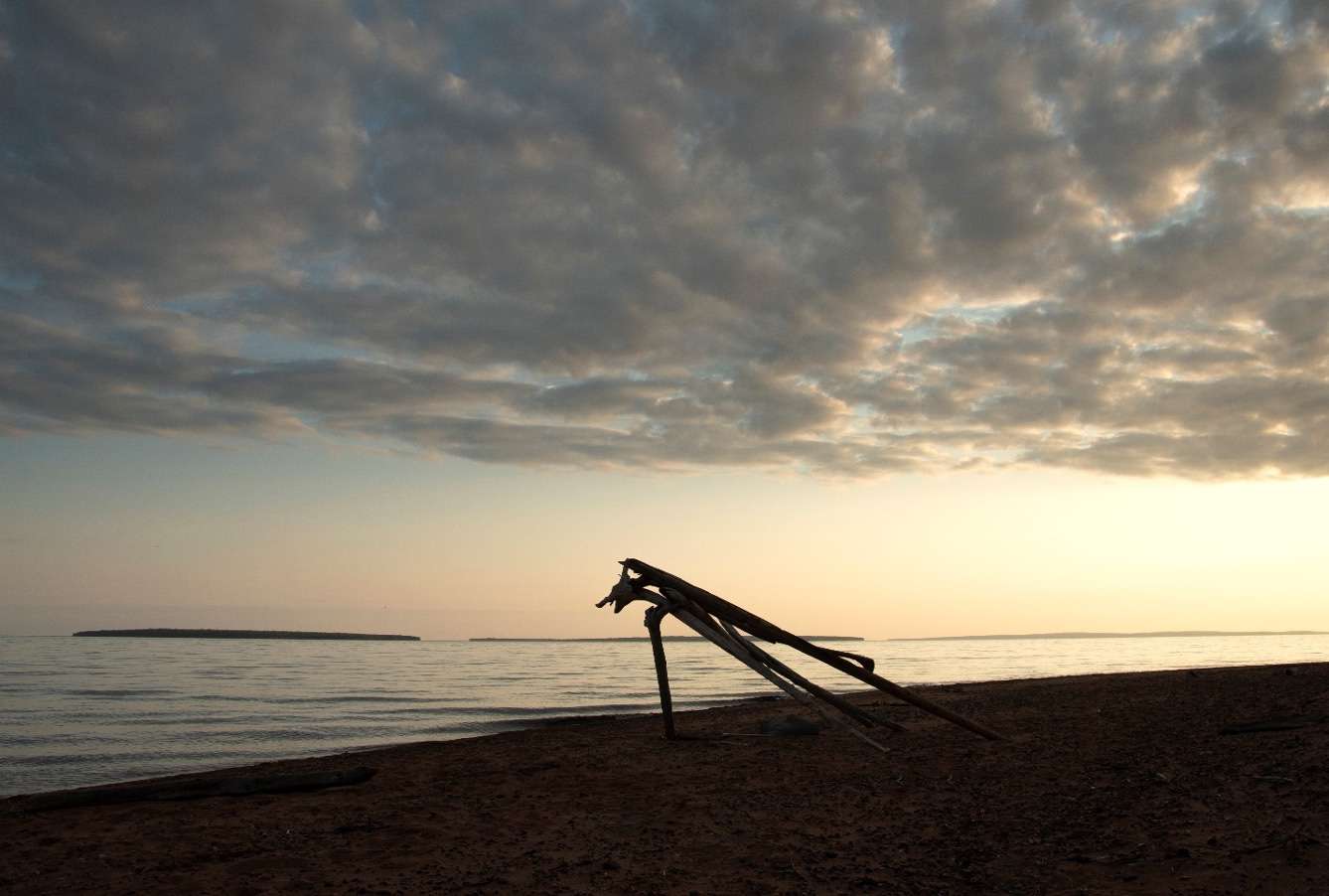 It is a feeling you get deep in the forest, a sound you hear when the wind blows at night. The earth is alive. Many cultures throughout history believe spirits inhabit everything – clouds, stones, trees, the earth. How would our view of nature and the world around us change if we believed that everything was alive, everything animate?

In this exercise on a sense of place, Native American writer Robin Wall Kimmerer contemplates how just changing a single word in the way we describe nature could change everything. Read the following essay and poem and then complete the exercise linked below.

Exercise for these readings

Essay: Nature Needs a New Pronoun: To Stop the Age of Extinction, Let’s Start by Ditching “It” by Robin Wall Kimmerer

Calling the natural world “it” absolves us of moral responsibility and opens the door to exploitation. Here’s what we can say instead.

Singing whales, talking trees, dancing bees, birds who make art, fish who navigate, plants who learn and remember. We are surrounded by intelligences other than our own, by feathered people and people with leaves. But we’ve forgotten. There are many forces arrayed to help us forget—even the language we speak.

I’m a beginning student of my native Anishinaabe language, trying to reclaim what was washed from the mouths of children in the Indian Boarding Schools. Children like my grandfather. So I’m paying a lot of attention to grammar lately. Grammar is how we chart relationships through language, including our relationship with the Earth.

Imagine your grandmother standing at the stove in her apron and someone says, “Look, it is making soup. It has gray hair.” We might snicker at such a mistake; at the same time we recoil. In English, we never refer to a person as “it.” Such a grammatical error would be a profound act of disrespect. “It” robs a person of selfhood and kinship, reducing a person to a thing.

And yet in English, we speak of our beloved Grandmother Earth in exactly that way: as “it.” The language allows no form of respect for the more-than-human beings with whom we share the Earth. In English, a being is either a human or an “it.”

Objectification of the natural world reinforces the notion that our species is somehow more deserving of the gifts of the world than the other 8.7 million species with whom we share the planet. Using “it” absolves us of moral responsibility and opens the door to exploitation. When Sugar Maple is an “it” we give ourselves permission to pick up the saw. “It” means it doesn’t matter.

But in Anishinaabe and many other indigenous languages, it’s impossible to speak of Sugar Maple as “it.” We use the same words to address all living beings as we do our family. Because they are our family.

What would it feel like to be part of a family that includes birches and beavers and butterflies? We’d be less lonely. We’d feel like we belonged. We’d be smarter.

In indigenous ways of knowing, other species are recognized not only as persons, but also as teachers who can inspire how we might live. We can learn a new solar economy from plants, medicines from mycelia, and architecture from the ants. By learning from other species, we might even learn humility.

Colonization, we know, attempts to replace indigenous cultures with the culture of the settler. One of its tools is linguistic imperialism, or the overwriting of language and names. Among the many examples of linguistic imperialism, perhaps none is more pernicious than the replacement of the language of nature as subject with the language of nature as object. We can see the consequences all around us as we enter an age of extinction precipitated by how we think and how we live.

Let me make here a modest proposal for the transformation of the English language, a kind of reverse linguistic imperialism, a shift in worldview through the humble work of the pronoun. Might the path to sustainability be marked by grammar?

Language has always been changeable and adaptive. We lose words we don’t need any more and invent the ones we need. We don’t need a worldview of Earth beings as objects anymore. That thinking has led us to the precipice of climate chaos and mass extinction. We need a new language that reflects the life-affirming world we want. A new language, with its roots in an ancient way of thinking.

If sharing is to happen, it has to be done right, with mutual respect. So, I talked to my elders. I was pointedly reminded that our language carries no responsibility to heal the society that systematically sought to exterminate it. At the same time, others counsel that “the reason we have held on to our traditional teachings is because one day, the whole world will need them.” I think that both are true.

English is a secular language, to which words are added at will. But Anishinaabe is different. Fluent speaker and spiritual teacher Stewart King reminds us that the language is sacred, a gift to the People to care for one another and for the Creation. It grows and adapts too, but through a careful protocol that respects the sanctity of the language.

He suggested that the proper Anishinaabe word for beings of the living Earth would be Bemaadiziiaaki. I wanted to run through the woods calling it out, so grateful that this word exists. But I also recognized that this beautiful word would not easily find its way to take the place of “it.” We need a simple new English word to carry the meaning offered by the indigenous one. Inspired by the grammar of animacy and with full recognition of its Anishinaabe roots, might we hear the new pronoun at the end of Bemaadiziiaaki, nestled in the part of the word that means land?

“Ki” to signify a being of the living Earth. Not “he” or “she,” but “ki.” So that when we speak of Sugar Maple, we say, “Oh that beautiful tree, ki is giving us sap again this spring.” And we’ll need a plural pronoun, too, for those Earth beings. Let’s make that new pronoun “kin.” So we can now refer to birds and trees not as things, but as our earthly relatives. On a crisp October morning we can look up at the geese and say, “Look, kin are flying south for the winter. Come back soon.”

Language can be a tool for cultural transformation. Make no mistake: “Ki” and “kin” are revolutionary pronouns. Words have power to shape our thoughts and our actions. On behalf of the living world, let us learn the grammar of animacy. We can keep “it” to speak of bulldozers and paperclips, but every time we say “ki,” let our words reaffirm our respect and kinship with the more-than-human world. Let us speak of the beings of Earth as the “kin” they are.

Poem: Watering the Stones by Mary Oliver
From Blue Horses, 2014

Every summer I gather a few stones from
the beach and keep them in a glass bowl.
Now and again I cover them with water,
and they drink. There’s no question about
this; I put tinfoil over the bowl, tightly,
yet the water disappears. This doesn’t
mean we ever have a conversation, or that
they have the kind of feelings we do, yet
it might mean something. Whatever the
stones are, they don’t lie in the water
and do nothing.

Some of my friends refuse to believe it
happens, even though they’ve seen it. But
a few others-I’ve seen them walking down
the beach holding a few stones, and they
look at them rather more closely now.
Once in a while, I swear, I’ve even heard
one or two of them saying “Hello.”
Which, I think, does no harm to anyone or
anything, does it?