Sense of Place – Postcard of the Senses 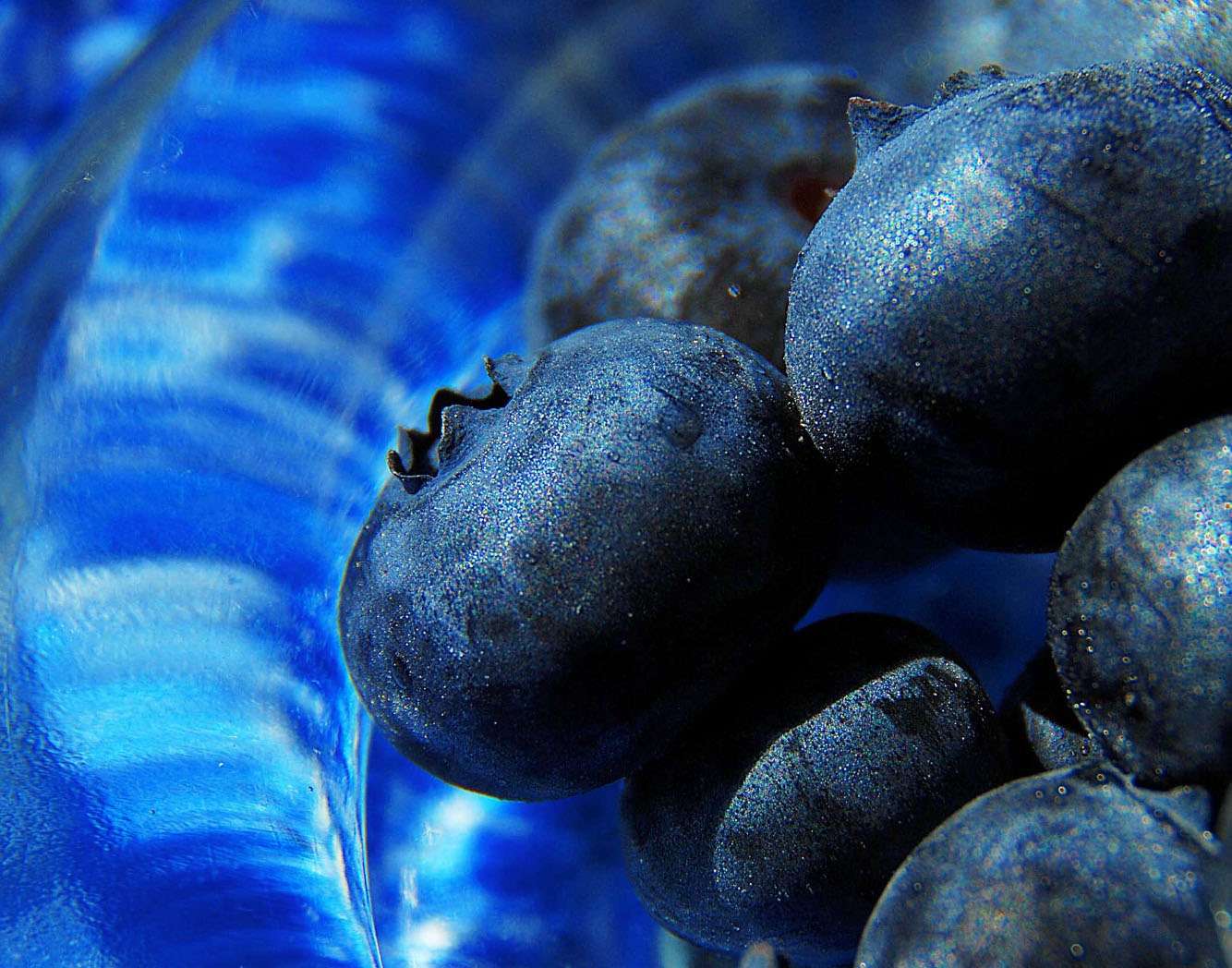 Nature is more than a feast for the eyes. It can fill all of your senses, if you let it. Yet we become so reliant on our sense of sight that we let it overshadow our ability to connect with the world around us on other, and potentially deeper, levels.

In this sense of place reading and exercise, enjoy a short story by writer Barry Lopez depicting the way a woman uses all of her senses to connect with and experience her chosen landscape – a nameless river. Then, follow the exercise linked below to use your own senses to explore your chosen place of Brickyard Creek.

Exercise for this reading

Apricots. It was because the water smelled like apricots as much as anything that she went down to the water. She rose in the darkness and dressed and went down through the trees, trailing her fingers, touching the plants she knew but whose names she’d never taken to mind–syringa, someone once said, for the mock orange, whose leaves reminded her of silk. Silkbush. Rhododendron. Leather- leaved and masculine. Huckleberry. Small leaves stiff with fear. Drops of water from a midnight shower perched on each leaf, resting on the earth grass and broken under her bare feet walking. Mist against her face. Female rain. (Rain in sheets hammering the river, chuuuuuuuush all afternoon, flattening the riffles, stretching the skin of surface water taut. Male Rain.)

She would rise and dress and go down through the trees to the rocks and sit, gather her knees against her chest and smell the metal odor of the water (feel how her pelvis worked against the rock, and the cool wetness of her feet with the dew [female rain] on them and she imagined how wide her eyes must be in the dark), an odor which would change with the light.

While she dreamed of English museums (he wanted to go on, always, to some other thing), of how to ask a question, a weasel slipped onto the dark rock, quivering, nose in the air, neck rammed out stiff. She heard the crockery sound of water as it flowed around the rocks and it made her sympathetic. The weasel shot to her, stopped short, saw the size of her against the stars and ran.

Europe, she thought, seeing the way someone ate torte, remembering her fingers on Laocoön’s marble calf in the Vatican, smelling cappuccino, came on a schedule not hers.

She would come down to the river in the morning naked under the print dress bought on the road to somewhere (New Mexico: he would know) because she wanted to cover herself, be covered by this dress, this loose, fitting loosely this way, and the print of fleur-de-lis, something small, blue against the off-white exactly. Cotton. This exactly. Ten dollars. Yes exactly this. He didn’t like it.

She would go down in the morning through the trees, touch the leaves of plants whose names she did not know, naked under the print dress, female rain on the bridge of her nose.

Above her head (she thought of the female merganser poised on the rock mid-river, the ducklings around her, the osprey hidden in shadow high in the cottonwood) in the limbs of an ash tree a gray owl was taking a weasel apart. In the east the black was a deeper blue, the color of the days around her father’s death. Exactly. And got bluer and the water, the river, became visible and black. She stretched her legs out, matching her calves and arching her feet, the unfolding beginning there, and with her palms flat on the rock and her head lolling backward she lifted her chest until her spine bent like a bow, shuddered (remembering the osprey motionless in the shadows, watching the merganser and the ducklings huddled on the rock knowing [he had explained all of this later] as long as they stayed on the rock, covering it as they did, he would not stoop). And up in the house he rolled over and did not sense that she was gone.

She would go down to the river while it was still dark, and know by the call of the thrushes when it was light enough (opening her eyes having been at the memory of some cheese like Gouda but with another name in a village Lyons, and how he had looked away as though embarrassed when she said “sexual, how sexual”) light enough to see the path through the trees. But she went when she went always before dawn, before she could see.

One morning in the gray light, its sound at first submerged in the river’s movements, a dory came. A man in a hat rowing. Moving downriver, as foreign as anything she could imagine. Another stood in the bow. He wore another hat and was dressed in neat khaki clothing. She saw the gentle whip of his fly rod pointing into the slack water behind large rocks, after rainbow trout. He looked– exactly the word she was after–silly. But he whipped the rod to set the fly here and there, time and again, the other man rowing, now the rattle of an oarlock, the boat moving toward her, the excessive neatness of their clothing, the creases, the grim expressions clear on their red, razor-stropped faces, rowing hard. She froze with the weight of lead in her belly, coming that fast across the water toward her–never saw her, whipping the shallows for fish, went by, thirty feet away. Silly. Her face quivered. Silly. She put her hands, her palms cold from the rock, against her face.

Winter and summer she would come down to be in the rocks by the water, lying in the dark, waiting for the light, as though by the act itself she would overcome her losses. She meant to remember to tell someone–how the colors came out each morning, how she would like layers of fabric like this, a dress where the wind blew each layer open, somehow. In the beginning only the blue blacks, very cool, all the way through to the red of a certain beetle brilliant on her kneecap at ten o’clock, to white Caribbean pastels at noon. Somehow.

She would undress and with sprinkling sounds wash her hands and her face (the osprey, giving up, lifted off the cottonwood limb and flew on upriver, and the merganser, when he was gone, led the ducklings off the rock–twenty-one, she counted them [he said no, that the book said fourteen tops]–across open water to the protection of trees along the bank. Had waited him out, staring down at her from the tree, had kept them all still on the rock, never mentioning the osprey, telling a story, telling many stories until he went upriver and she could lead them to the protection of trees along the bank) and slip naked into the water, her orifices closing against the coolness, her skin tightening. The current was too strong and there were too many rocks, clearly visible now, green with moss and stones to bruise her knees in the shallows. She went out from the rock, caught the surge around it and went downstream to a place where she grabbed maple branches and swung around on her belly to face the current. The water lifted her up and when she spread her legs let her down. She closed her eyes and let the water break around her nose and lifted, against her breasts, arched her back, the current against her hips, opened her legs and sank down. She imagined herself among salmon (lifting, sank down), until the light seemed much brighter, birds quieter, and she was wide-eyed, afraid of being seen, that the privacy of her morning had broken like an eggshell, and she came out on the bank.

She sat down on the rock in the print dress, the sunlight prickling with the coolness of the river over her and feeling the movement of air over the rock. She dried her eyes with the hem of the dress and saw in the island of hair between her legs suspended–she was overcome with tenderness–two small bits of alder leaf, bright green.

She sat there, damp in the dress, feeling taut in a way that pleased her. She thought of him asleep up there in the house, of how the water (she had told him and he had smiled) at this time in the morning smelled like apricots. Exactly.

(from the book River Notes: The Dance of Herons, published by Andrews McMeel Publishing, 1979)