Chapter 2: The History of Roy’s Point

The area known as Roy’s Point was named after the first man to acquire title to the property following the signing of the Treaty of September 30, 1854. Vincent Roy Jr. was the son of an Indian Trader from Minnesota. He was born around 1825 in Minnesota and lived for a time in the 1850’s with his family at La Pointe Village. 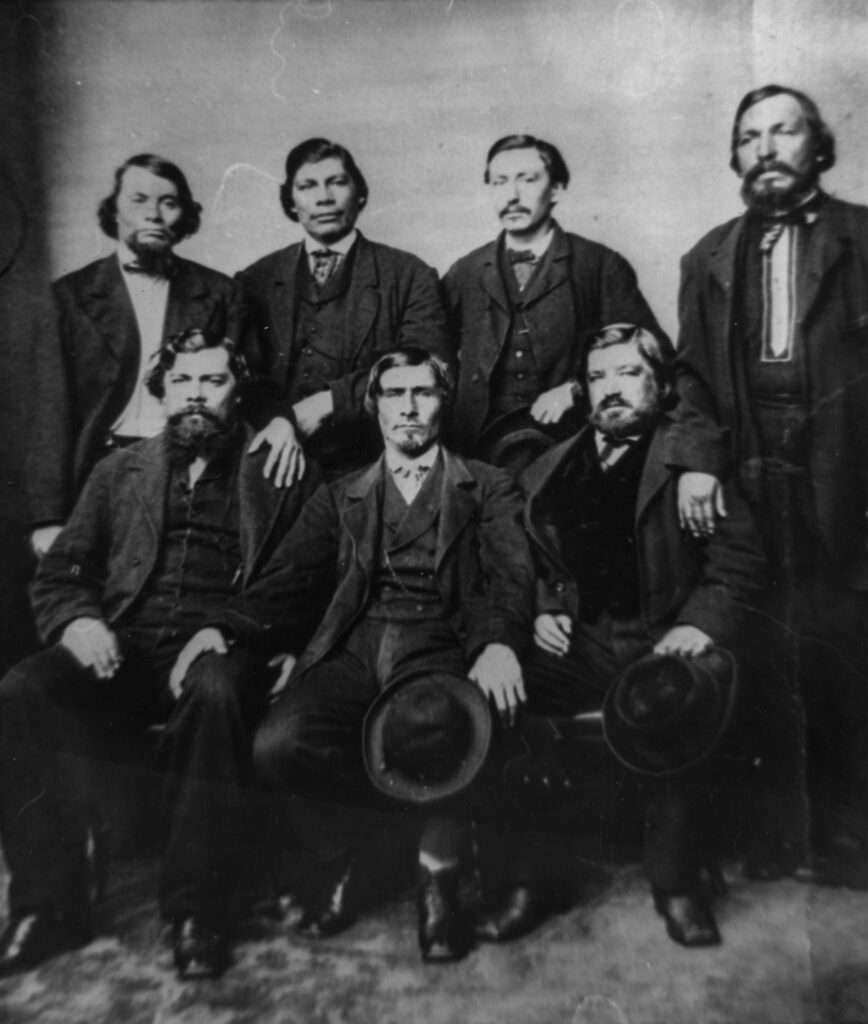 Vincent Roy is the second man from the left standing in the back row. Photo courtesy of Bayfield Heritage Association. Photo ID: 1980.52.7.

Roy was present during the Treaty negotiations at La Pointe in September 1854 where he acted as an interpreter for his friend, Senator Henry Rice. On April 7, 1855 he received a deed to a parcel of land at Buffalo Bay containing just under 100 acres which was recorded on July 16, 1855.

Logging on the islands and at Red Cliff began in the late 1850’s and early 1860’s, so it is reasonable to assume that logging at Roy’s Point started at about the same time given the land’s proximity to the lake and to sawmills on the mainland. Land wasn’t particularly valuable, but the timber was, so Vincent Roy probably sold timber to lumbermen off the property between 1855 and 1869.

In 1869 Roy sold his 100 acres to Gordon Colby of Massachusetts who in turn quit-claimed an undivided one-third interest to Henry Rice and another undivided one-third interest to Eldredge G. Roberts of New York. These three men were part of a group of eastern financiers formed to build the Lake Superior and Mississippi Railroad. The group purchased a total of 600 acres of land, which they envisioned would be used for terminals and docks to be linked to the proposed Northern Pacific Railway. Henry Rice and his partners do not appear to have taken any concrete steps to develop Roy’s Point in conjunction with their railroad project, but they may have sold the timber to third parties as a way of clearing the land for the railroad they planned to build. Their efforts to build a railroad ended in 1878 due in large part to the dredging of a harbor in Duluth Minnesota. Members of the group continued to hold title to the undeveloped property until 1882.

It was not until work began to extend “The Omaha” from Ashland to Bayfield that a renewed interest arose with respect to building a railroad through Roy’s Point. By 1883 William F. Dalrymple had acquired and consolidated all of the interests in Government Lots 1, 2, and 3 and began to develop the Bayfield Transfer Railway.

Between 1891 and 1899 the property was used by a small sawmill operation run by a group from Ashland, and later by the Weed Lumber Co. for the storage of the oak and hardwood lumber that it was cutting on Bear Island.

In addition to being used as a lumberyard prior to 1900, the property was also used as a baseball field and appears to have been a popular picnic and camping site for people coming out from town by boat or carriage. Even after the Bayfield Mill Co. began operations, Roy’s Point was being used for picnics, which suggests that the land may not have been completely cleared at this point in time. 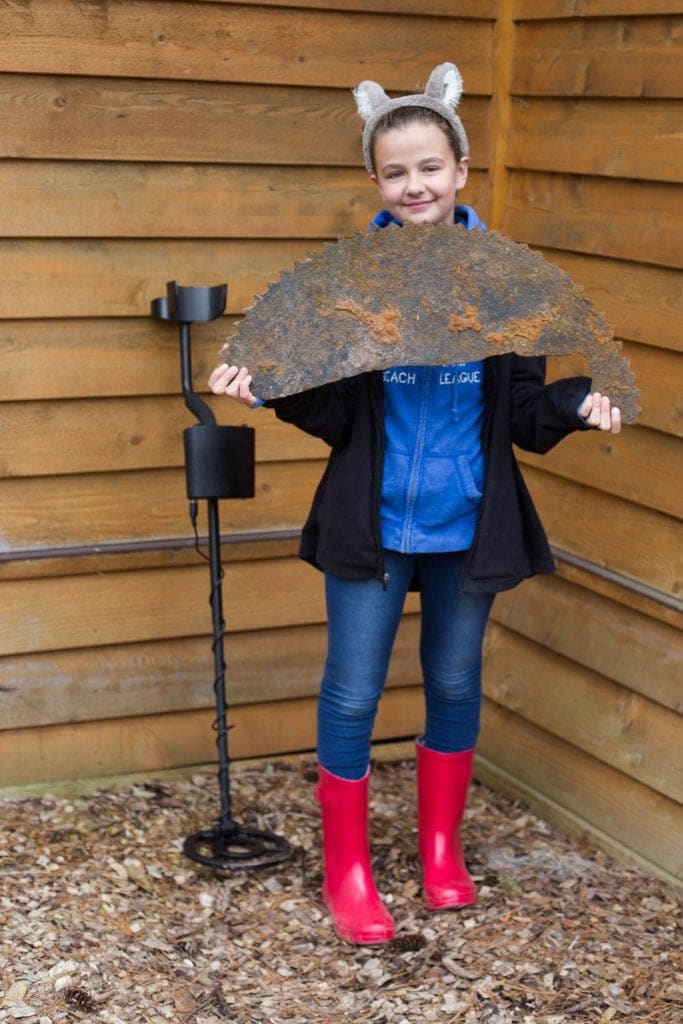 Saw Blade discovered near the forest-shoreline of Brickyard Creek. Click the image to enlarge.

Dalrymple died in 1901, but title to the Roy’s Point property continued to be held by his estate until 1925 with Herbert Hale serving as Trustee. During this time the property was occupied by three separate lumber businesses, a boarding house, a horse barn, and a number of houses.

A 1920 plat map shows the Nemadji River Land Co as the owner of Government Lots 1 and 2 but according to the Bayfield County Land and Tax Records the Dalrymple Estate continued to be the owner of record into the 1920’s. The real estate taxes were paid by the Nemadji River Land Co. from 1916 to 1924, and then defaulted on starting in 1925. A tax deed was issued to the town of Bayfield following a tax foreclosure sale in June 1926.

In 1939 the township brought a quiet title action against the Estate of William Dalrymple, and sundry others with potential title claims as the named defendants, and obtained a default judgment declaring the town to be the owner in fee simple absolute of almost all of Lots 1, 2 and 3 in Section 6 Township 50N Range 3W.

The 100 acres that Vincent Roy Jr. originally owned was then divided into two tracts and ownership of a 70 acre tract was sold to Fred Harris in 1951 who used the land for hunting, and who put in an airstrip along the shoreline just south of what is now the Roy’s Point Marina. Harris kept a small plane on the airstrip until some local kids decided to take it for a joy ride and crashed the plane on take-off.

The 70 acre tract was purchased by Robert Davidson in 1997. The Roy’s Point Marina, and an adjoining building to be rented to the National Park Service, were the first facilities to be built. Bob brought Dave Culbertson on board to help develop the rest of the property and the concept of an eco-friendly cabin condominium was established. 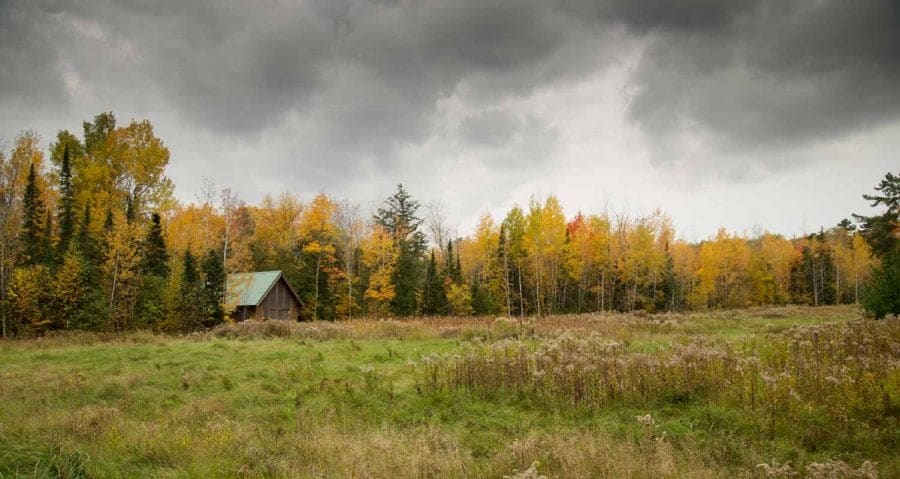 Native prairie grass and a certified pollinator garden are both planted in the Brickyard Creek clearing. Click image to enlarge.

An earlier business associate of Bob’s had mistakenly cut two large swaths through the forest south of the creek, apparently in anticipation of providing the marina with a storage facility for boats. Bob and Dave decided to plant native prairie grass in this area to create a “meadow”. Roads were cut to access cabin sites and plans were drawn up for the cabins. Development of the cabin sites proved to be slower than hoped for but by 2000 the cabins began to be sold, and houses began to be built on the separate lake lots.

Large old growth trees can still be found in Brickyard Creek. These trees were probably small groves of young trees that were of no use to loggers in the early 1900’s.