Chief Buffalo (Kechewaishke) was a principal leader of the Lake Superior Chippewa (Ojibwe) Tribe in the Apostle Islands when the Treaty of 1854 was signed. He was born circa 1759 on Madeline Island. When he was ten years old, he and his parents moved to Buffalo, New York, where they lived for two years before moving to Mackinac Island and then returning to La Pointe. He was recognized by his people for his speaking and oratorical skills and became one of the primary spokesmen for the Lake Superior Ojibwe. 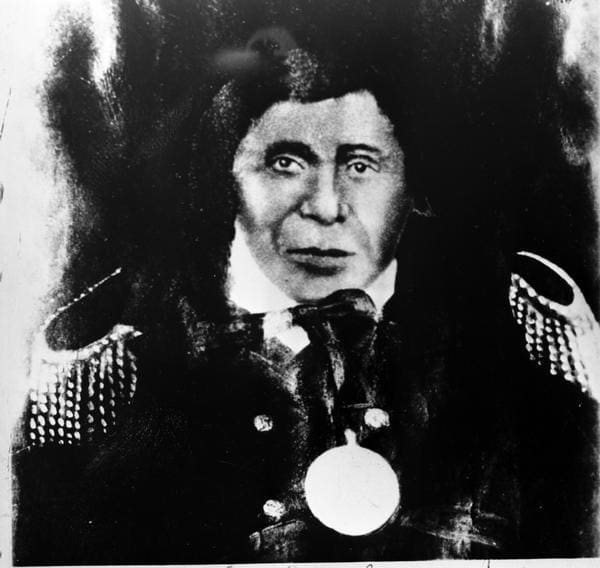 Chief Buffalo – “Great-renewer” or “Buffalo” (1759 – 1855) was a major Ojibwa leader born at La Pointe who led his nation into a treaty relationship with the United States Government.

In the Spring of 1852, Chief Buffalo and several others traveled with Benjamin Armstrong from La Pointe to Washington D.C. by birch bark canoe. The group met with President Millard Fillmore to complain about the many broken promises of prior treaties and about the attempt to remove the tribe from La Pointe to Sandy Lake Minnesota, which had resulted in the deaths of hundreds of Ojibwe by starvation and exposure. Their meeting with the President led to the cancellation of the removal program and commencement of the treaty negotiations of 1854.

Chief Buffalo was in his mid-90’s and in failing health during the Treaty negotiations at La Pointe, which established the Bad River Reservation for the Madeline Island band. As part of the Treaty, four sections of land were set aside for Chief Buffalo and his family on the mainland. Many of the Catholic and mixed-blood members of the La Pointe Band chose to settle on Chief Buffalo land rather than at the Bad River Reservation. In 1855 the boundary of the Buffalo Estate was extended by executive order, and in 1863 an additional 14,000 acres were set aside for the Red Cliff Indian Reservation. 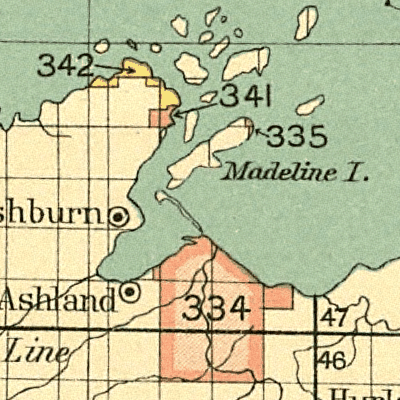 In 1860 the Federal Government built a sawmill on the Red Cliff Reservation to produce the lumber needed for housing in the community and on other reservations. The mill employed about six men and operated from 1860 to 1872. A two-story house was built by Chief Buffalo’s son Antoine on a portion of the land adjacent to Vincent Roy’s property, where a dock was used by steamers like the “Hunter” until 1898.