A Fortnight of Fury, The Third Novel from BYC Developer David Culberson 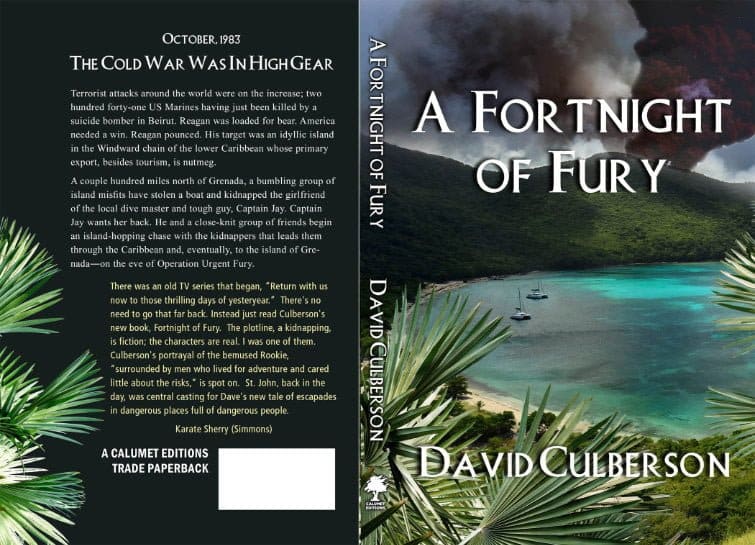 David’s third novel takes the reader on a rollicking ride through the Caribbean as it was in 1983, culminating with the long-forgotten piece of Caribbean history―the US invasion of Grenada.

MINNEAPOLIS, MN, July 1, 2019—Author and sustainable development expert, David Culberson, uses his talent as a storyteller to weave riveting adventure stories. His third novel, A Fortnight of Fury, provides a scenic background for some of the most colorful characters from Back Time on LoveCity as they chase a group of devious misfits through the Caribbean. They happen to land on the little island of Grenada on the eve of the US invasion on October 25th, 1983. Thorough research allows the mostly forgotten incident to come to life with accurate details not provided by the media, banned from the island during the invasion, and only made available recently through redacted military documents.

His first novel, Back Time on Love City, was a coming of age story set amongst the pre-developed utopian backdrop of the Caribbean. The story documented the shift in culture, away from the wild west-like attitudes of the past and toward the modernization and inevitable development of the region

His second novel, Alterios’s Motive, combined rich characters and cartel money laundering, while providing astute commentary on the state of international tourism development in some of the most beautiful and sensitive environments.

A Fortnight of Fury and additional novels and short stories penned by David Culberson are available now through Amazon in paperback, and is also available on Kindle and all other eBook providers. 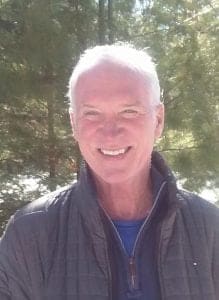 David Culberson grew up in a small town in Middle America. After a higher education in a warmer climate, he spent the next four decades living and mixing with the cultures of the Caribbean, Mexico and the Great Lakes, where he pioneered and built several low-impact, sustainable resort properties. He currently lives with his wife and Border collies on Lakes Michigan and Superior and keeps a home on the Caribbean Coast of Mexico.